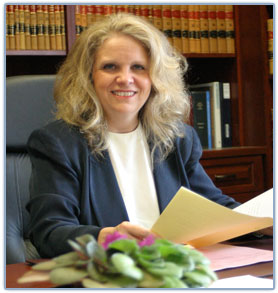 She lives in Raleigh with her husband Tim, their dog Hope, and three cats. Their engagement made news when Tim, a forensic psychologist, proposed to her at a hearing that she believed was real, but which was actually arranged for the purpose of allowing Tim to ask her to marry him. After getting over her shock of hearing a superior court judge call her forward to give her answer to Tim's proposal, she enthusiastically said, "yes."

Ongoing
Admitted to practice in North Carolina, New York, the United States District Courts for the Eastern, Middle, and Western Districts of North Carolina and for the Southern and Eastern Districts of New York, the United States Court of Appeals for the Fourth Circuit, and the United States Supreme Court.
2002-present
Elected to serve as a Judge on the North Carolina Court of Appeals. Participated in deciding more than 2,000 appeals. Of those appeals, she has written the majority opinion in almost 700 appeals. The Supreme Court has reversed her only ten times.
2006
One of only 40 state government officials selected from across the country to participate in a yearly leadership program sponsored by the Council of State Governments.
2005
Outstanding Appellate Judge Award, North Carolina Academy of Trial Lawyers
2004
Dybwad Humanitarian Award, American Association on Mental Retardation
2002, 2003
Named as one of the top 200 lawyers in North Carolina by Business North Carolina
2002
Selected for inclusion in Best Lawyers in America
1991-2002
Founding partner of Patterson, Harkavy & Lawrence, LLP (Raleigh, NC)
1986-1991
Associate and then partner with Smith, Patterson, Follin, Curtis, James, Harkavy & Lawrence (Greensboro and Raleigh, NC)
1983-1986
Associate with Paul, Weiss, Rifkind, Wharton & Garrison (New York, NY)